CoMETA, a success case with security at the centre

Excellence is not an action, but a habit. Like entering a house or a bank, in complete security and with the utmost simplicity. It is none other than Aristotle who inspires Cometa, leader company in the security systems’ sector in Tavarnelle that for over thirty years has been studying and manufacturing anti-theft and anti-intrusion solutions.

If you enter any bank in most parts of Italy and pass through the now familiar “security booth”, the cylinder with revolving doors that regulates the entrance of customers, it is very likely that this was produced in the factory of Sambuca.

The story of Cometa

The origins date back to the mid-80’s, when Enzo Anselmi, hailing from Monterchi in the province of Arezzo, moves to Barberino Val d’Elsa. Since 1979 he has already started his activity in the sector together with his brother Paolo, by patenting an electric security lock for intensive use that will be a trailblazer in a market that still had to be explored.

«The company was created to satisfy the need for a product that didn’t exist»- tells Mr. Anselmi «That first security electric lock has been the driving force for many years, a product that over time allowed the creation of a range of more than 200 models».

Thanks to the gained experience, the company moves from the development of the components to that of finished products, with the realization of complete solutions.

A real jump, from the single lock to the automated door, equipped with the most modern security and identification systems (such as the biometric registration of the fingerprint that can be put at the disposal of the legal authorities in case of criminal events), which makes Cometa stand out as a leader in a market that over the years has experienced much development and little crisis.

«Ours is a niche sector – explains Mr. Anselmi – and we have always perceived crisis by extension. Except for the last one, which affected us more, because for the first time it affected the banking industry, our main customer».

The market changes. Challenges for the future 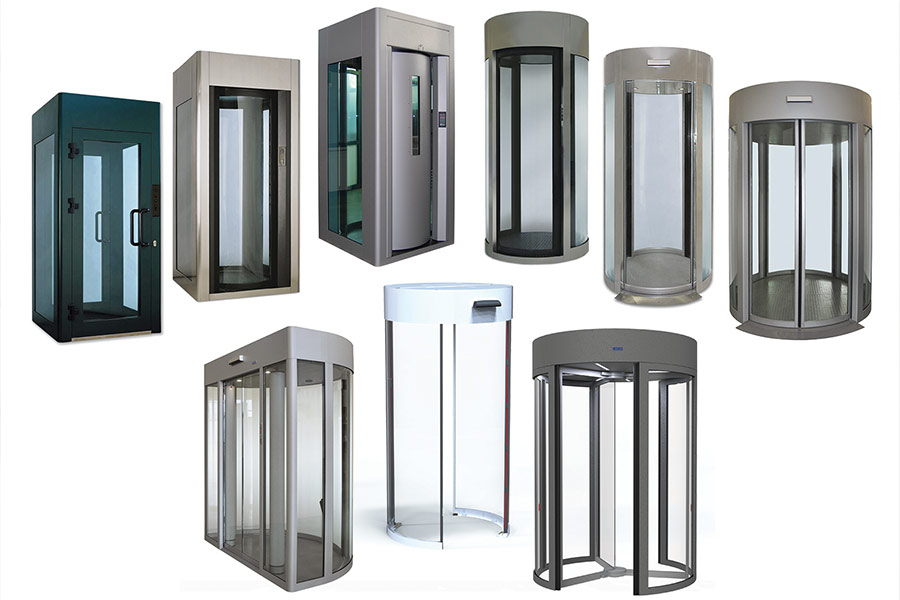 The reference market is now in contraction, as claims the owner himself, and there are mainly two reasons: the first one is connected to the closure of many bank branches as a result of the crisis, the second one can be connected to a real “war against cash” started over the last few years by the European and global monetary authorities.

People feels less and less the need to go to the bank, which also becomes less “attractive” for criminals, and, as a consequence, has less necessity to secure itself.

It is a real momentous passage, which is bringing toward a concept of “lighter” and more accessible bank, but not for this reason less safe.

Actually, Mr. Anselmi explains, it is in this field that Cometa is fighting its most important battle, that of innovation, with increasing investments in research and development (the company can now count on a R&D department made up of about ten engineers) for the identification of new solutions and systems which will be less invasive but more present, more sophisticated and more effective.

Over the years the need for security has spread to other individuals besides banks, and for these new customers – gyms, above all in northern Europe, industrial sites, data centers – a wide range of innovative solutions has been studied. We also look to the civil sector, to the high-level residential sector, with a lock that closes itself by solving the problem to those who forget to close the door with key turns. In short, the demands of customers are growing and the number of solutions offered is increasing.

«Our strength – continues Mr. Anselmi – relies in the fact of being unique in the market, because we produce both the component and the complete solution, and over the years we managed to win the trust of our customers, among which there are the most important bank groups. It is a sector where it is impossible to improvise out of nowhere».

The CoMETA group, structured on five societies, has 90 employees, almost all residents in the Chianti area. The bond with the territory is very strong, although with some difficulties that Mr. Anselmi mainly connects to the lack of infrastructural development of the area. These lacks mainly concern the IT network, that, according to the company’s management, should be adjusted to highly efficient standards.

«Until a few years ago – he explains – we only worked for Italy, but nowadays our borders have broadened and we deal with a global market. We trust in the infrastructural development, with a data network up to it».

In the meanwhile, Cometa doesn’t lose heart, on the contrary it doubles by continuing its investments in the territory. In a few months, the new production area will be ready, next to the current headquarters: 14 thousand square metres where will be moved the productive section (in the old factory will remain the part of services and the commercial offices).