Robberies and ATM attacks levels down

Latest Ossif data presented at the "Banks and Security 2018" conference on May 22-23, tells that robberies continue to decline. The introduction of professional security systems and anti-burglary solutions are more and more lowering the number of criminal acts, year by year.

The 2017 data shows a strong decrease, -32.8% compared to 2016, and for the first time there is also a significant slowdown in attacks on ATMs, which fell down by 23.8%. A positive trend also confirmed in the first months of 2018.

"Only a bank robbery in Milan in the first 4 months of 2018, against 33 in 2017 and 61 in 2016" - underlined by Milan Prefect Luciana Lamorgese, who spoke at the conference and she has signed the protocol of collaboration between Police and ABI (Italian Banks Association) - "This is the result of a factors combination related to the human factor: the cooperation of banks with police institutions, the employees training, the control of territory with the collaboration of citizens but also the skilful use of advanced technologies for prevention." 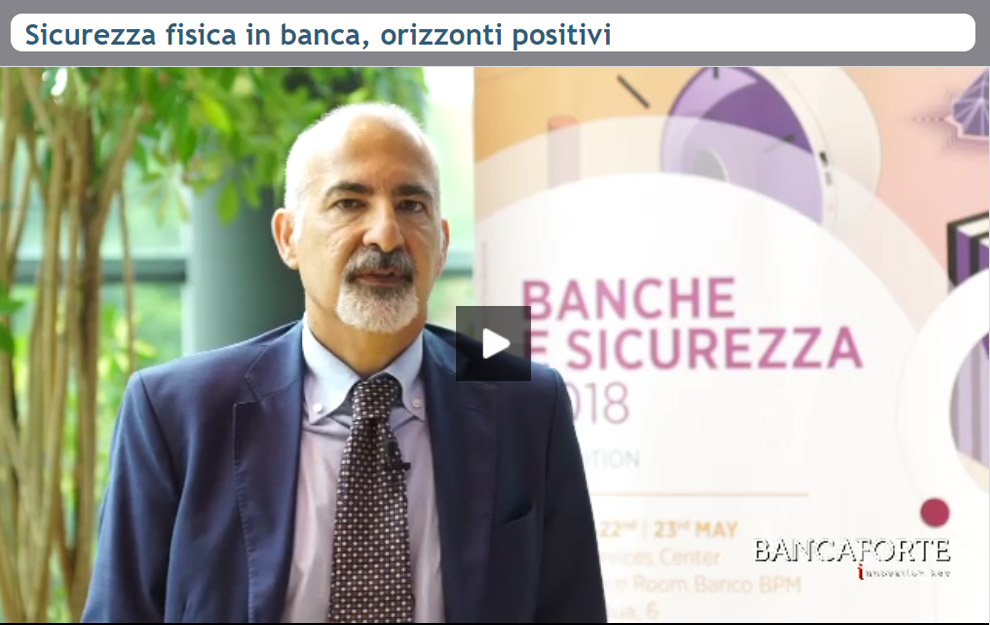 The positive trend on the front of predatory offenses is confirmed by the containment of attacks on ATMs, which in a few years had gained the primacy in bank crimes. In 2014, ATM attacks had overcome robberies both as an absolute number and as total loot.