One of the most secure methods of access control

An interlocking door system is one of the most secure methods of access control, but how exactly does it work? In its simplest form, an interlocking system is composed of two doors electronically connected, so one can open only if the other has closed.

When the user arrives in front of the first door: a) can ring and ask for the opening, b) the dorr can be automatically opened by a presence sensor, c) the user has to be identified (by id badge, pin code, biometric system, etc.), after that, user enters the first door which must close behind him before the second door opens and allows him to pass through. Rather like an airlock. 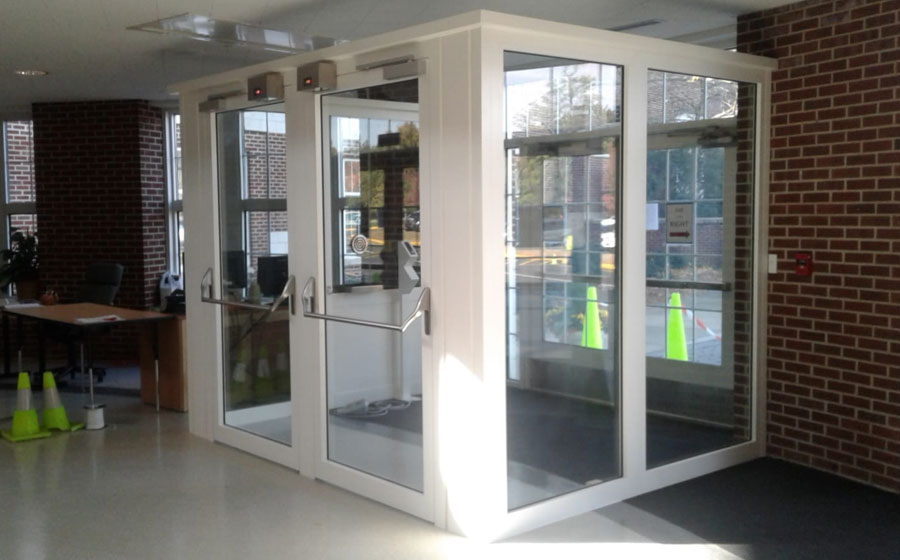 When you are inside the interlocking system (also called mantrap) the internal personnel or guards can easily block your passage and force you to go back. In other kind of interlocking system the user identification can be requested at the entrance or inside (between the two doors).

Interlocking doors are often fitted with a range of different detection systems. You can have single person passage smart sensors, for example, they detect when more than one person has entered into the mantrap and prevents the second door from opening. It is also common for metal detectors to be built into a booth when there is a threat of firearms being carried through (banks, embassies, etc.). 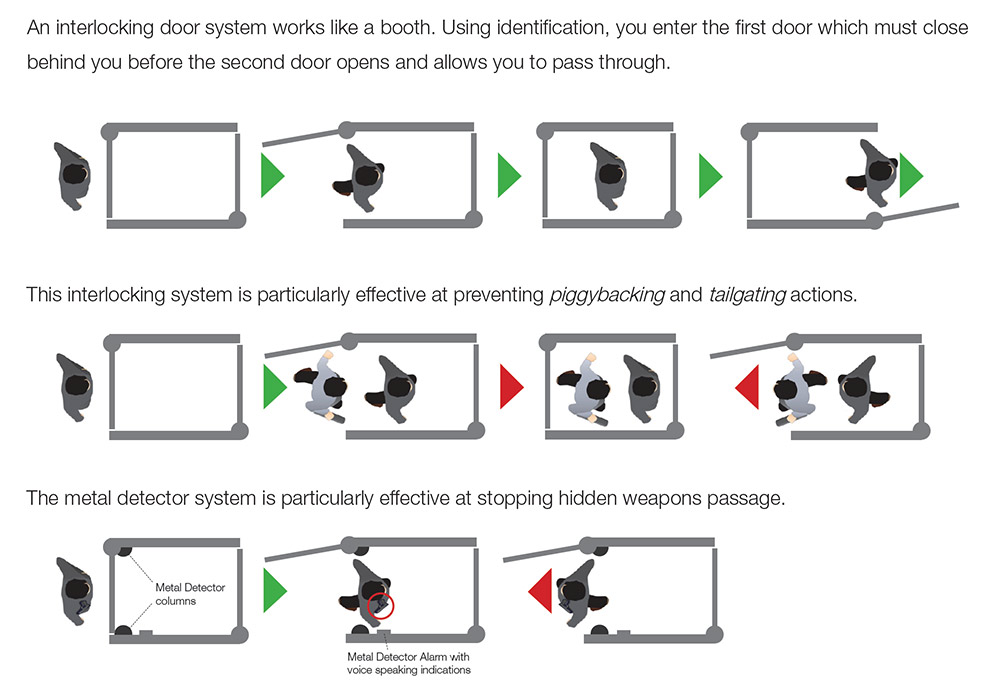 Interlocking doors are particularly effective at stopping piggybacking or tailgating.