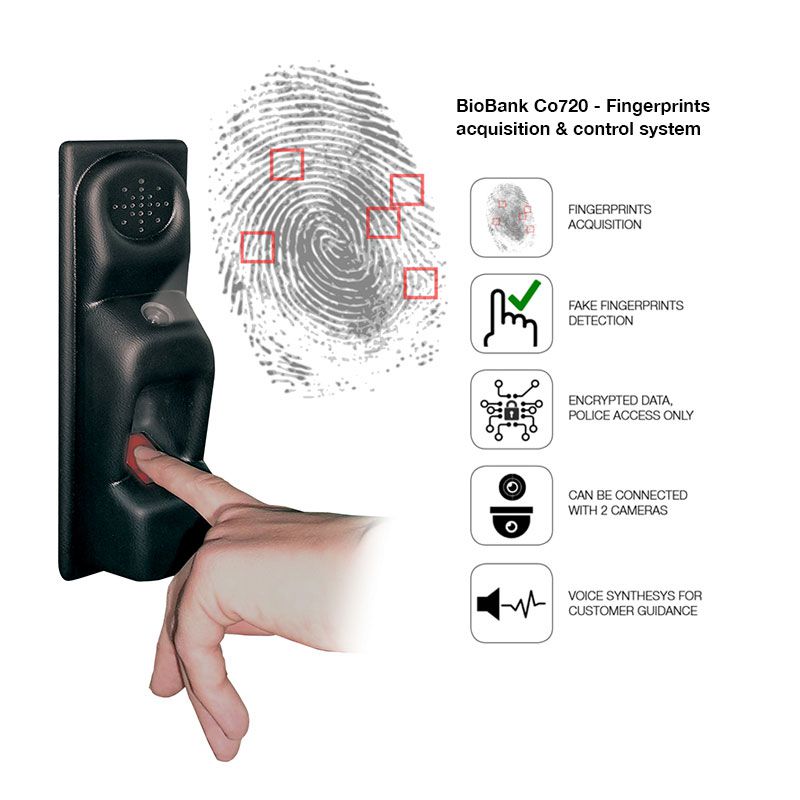 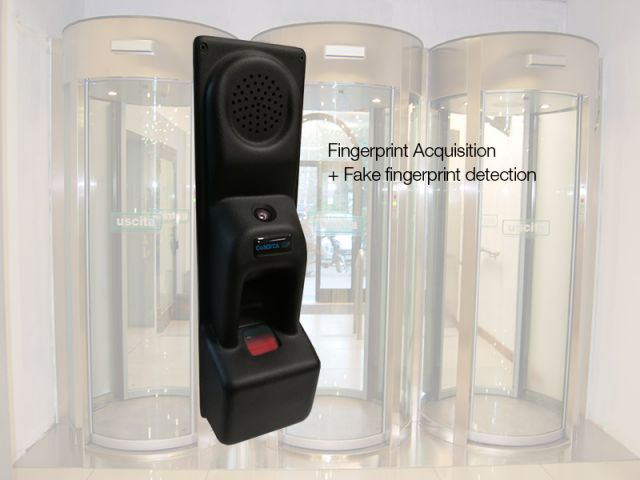 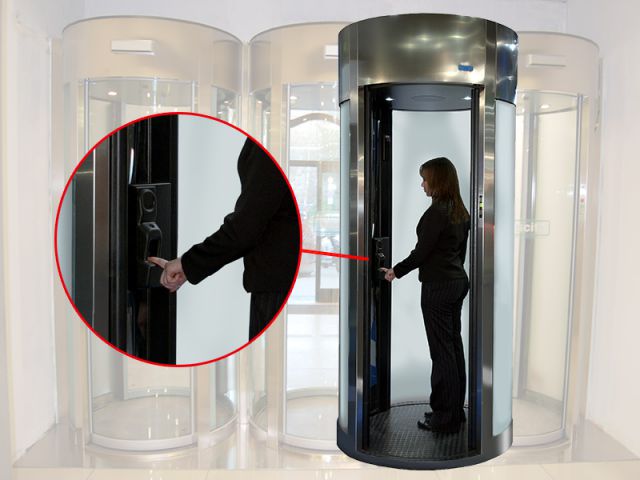 Biobank system is usually intalled on: security booths, revolving doors, security portals (with interlocking doors system) for access control and protection, connecting it with one or two cameras.

When a customer stands in front of the interlocking security portal entrance, Biobank system automatically starts recording the transit through doors (or access rejection). When the customer is inside, he is guided by a vocal synth system, which asks to place his finger on the scanning-display. The fingerprint acquisition takes less than 1 second. Biometric data is stored as encrypted code, this to prevent improper use and tampering. Biometric data remains accessible to Police, in case of burglary actions or criminal events.

The solution is totally legal because it complies with normative imposed by the National Privacy Officer (Italian and EU regulations). Data is stored as encrypted code, this to prevent unauthorized access or tampering. Data remains accessible only to Police, in case of criminal events.

The system is equipped with a data processing and storage unit integrated into the booth structure (dimensions L140xW205xH120mm). It is invisible from outside, this to prevent tampering, to facilitate the installation and to get a real stand-alone system (does not need manual actions, avoids multiple encryption-data operations by scanners and cameras). In case of criminal events, data download is fast and simple by connecting a PC to the Data Processing Unit (this operation is usually done by Police or by who is in possession of cryptographic keys). 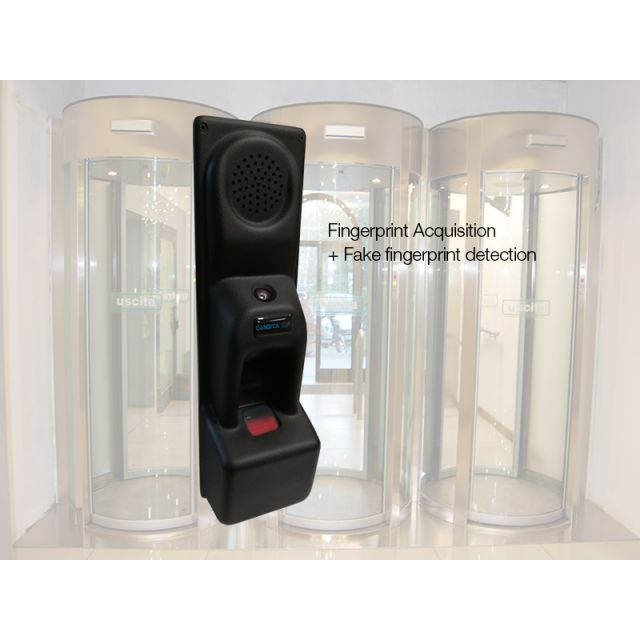 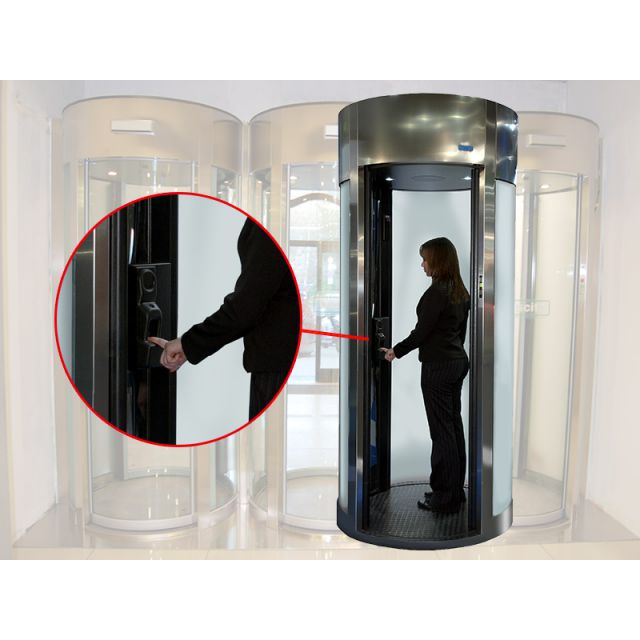 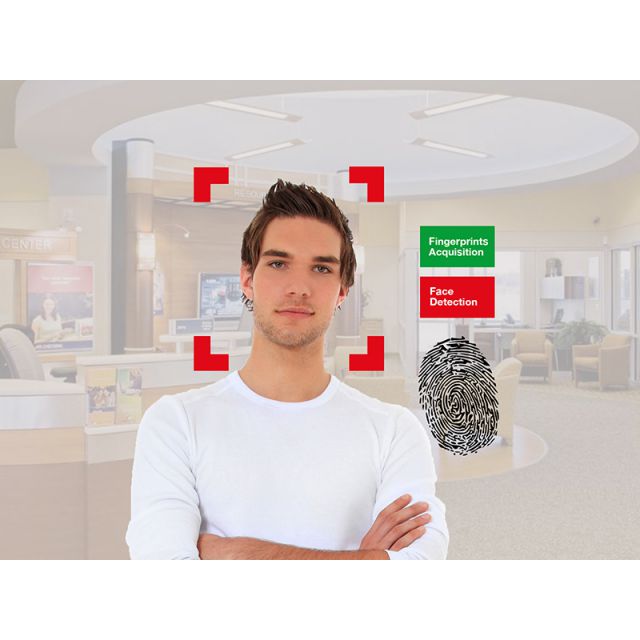 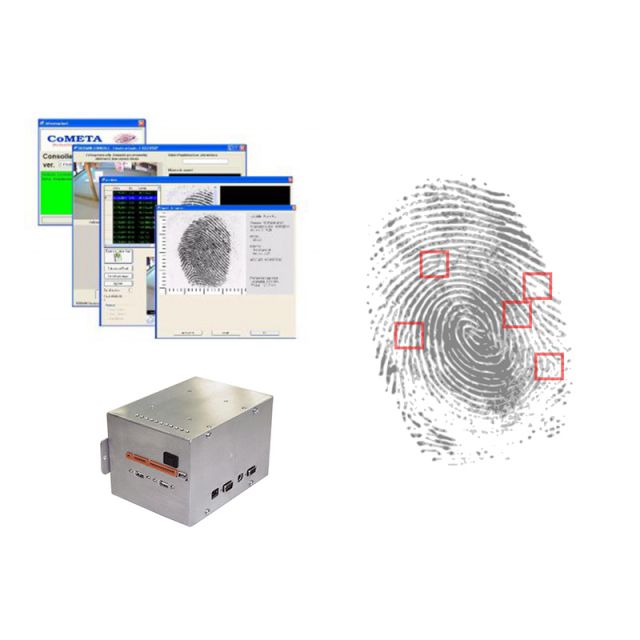 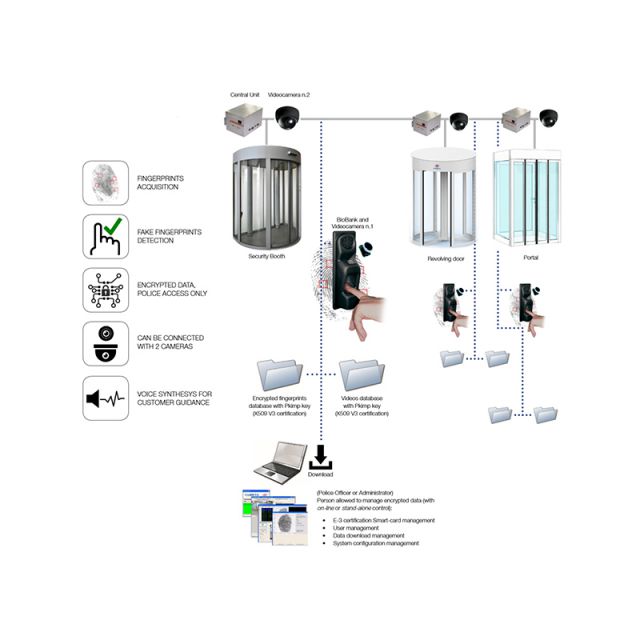